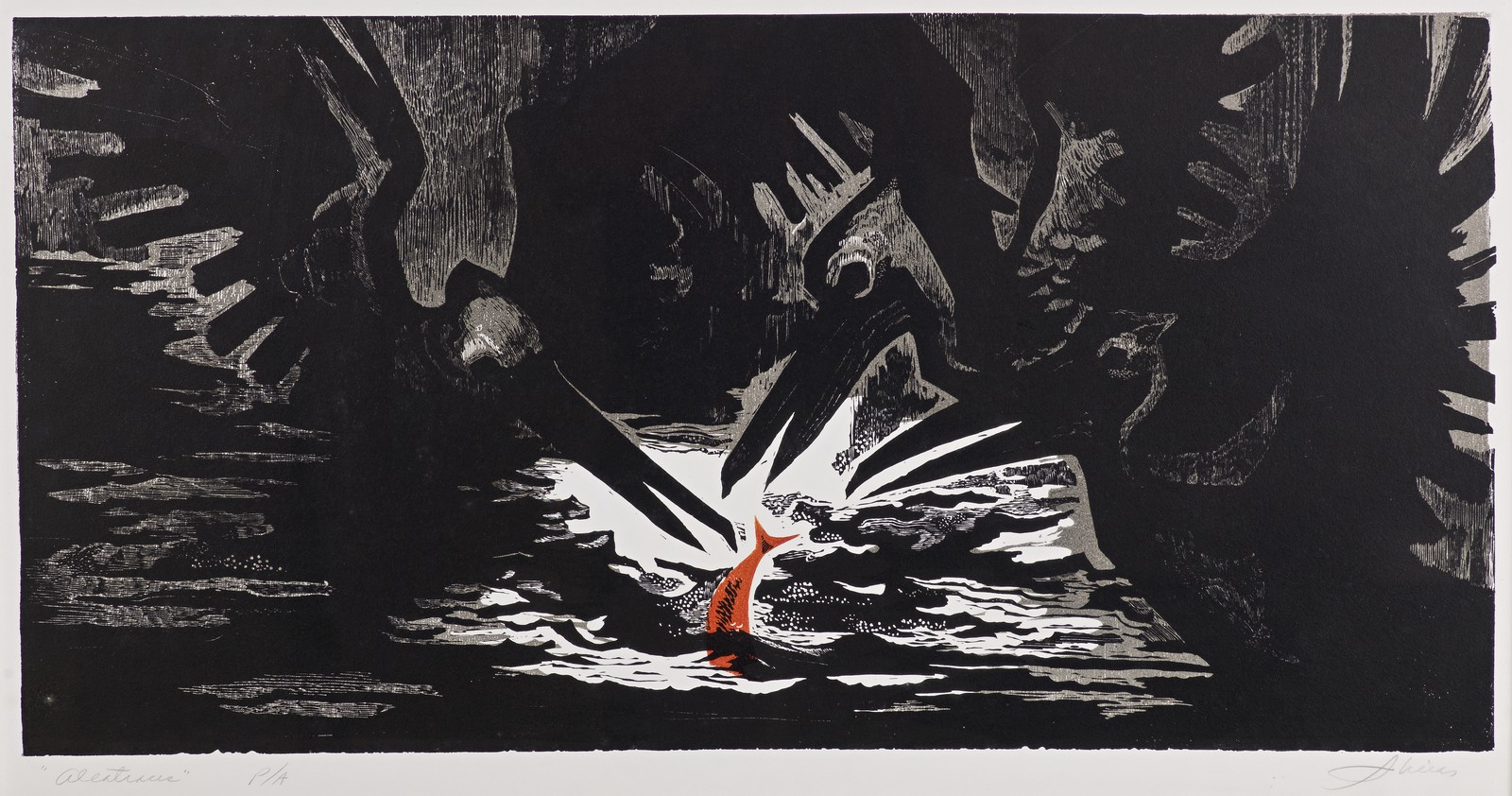 Printmaker, painter and professor. He studied under the tutelage of Miguel Pou since 1943. From 1957 to 1965 he worked in the Printmaking Workshop of the Institute of Puerto Rican Culture, then under the direction of Lorenzo Homar. Thereafter, he became a professor of printmaking and drawing at the School of Visual Arts of San Juan. He has received awards since the 1960s for his graphic work that consists of woodcuts, linocuts, silkscreens and etchings. Alicea has participated in solo and group exhibitions in Puerto Rico and the rest of the Caribbean, the United States, Spain, Chile, Russia and Brazil, among others. He was the first Puerto Rican artist to hold a solo exhibition exclusively of prints at the "Ateneo Puertorriqueño", a cultural institution, in 1963. He was awarded an honorary doctorate degree in arts from the University of Puerto Rico, Mayagüez Campus, and from the School of Visual Arts of Puerto Rico in 2000. In 2006 he exhibited a retrospective of his work at the Museum and Center for Humanistic Studies "Dra. Josefina Camacho de la Nuez" at Turabo University in Caguas, Puerto Rico. He often incorporates literary texts or some other kinds of writings in his work that address social and historical themes, crafted by means of figuration.

from this artist in the Artist Directory